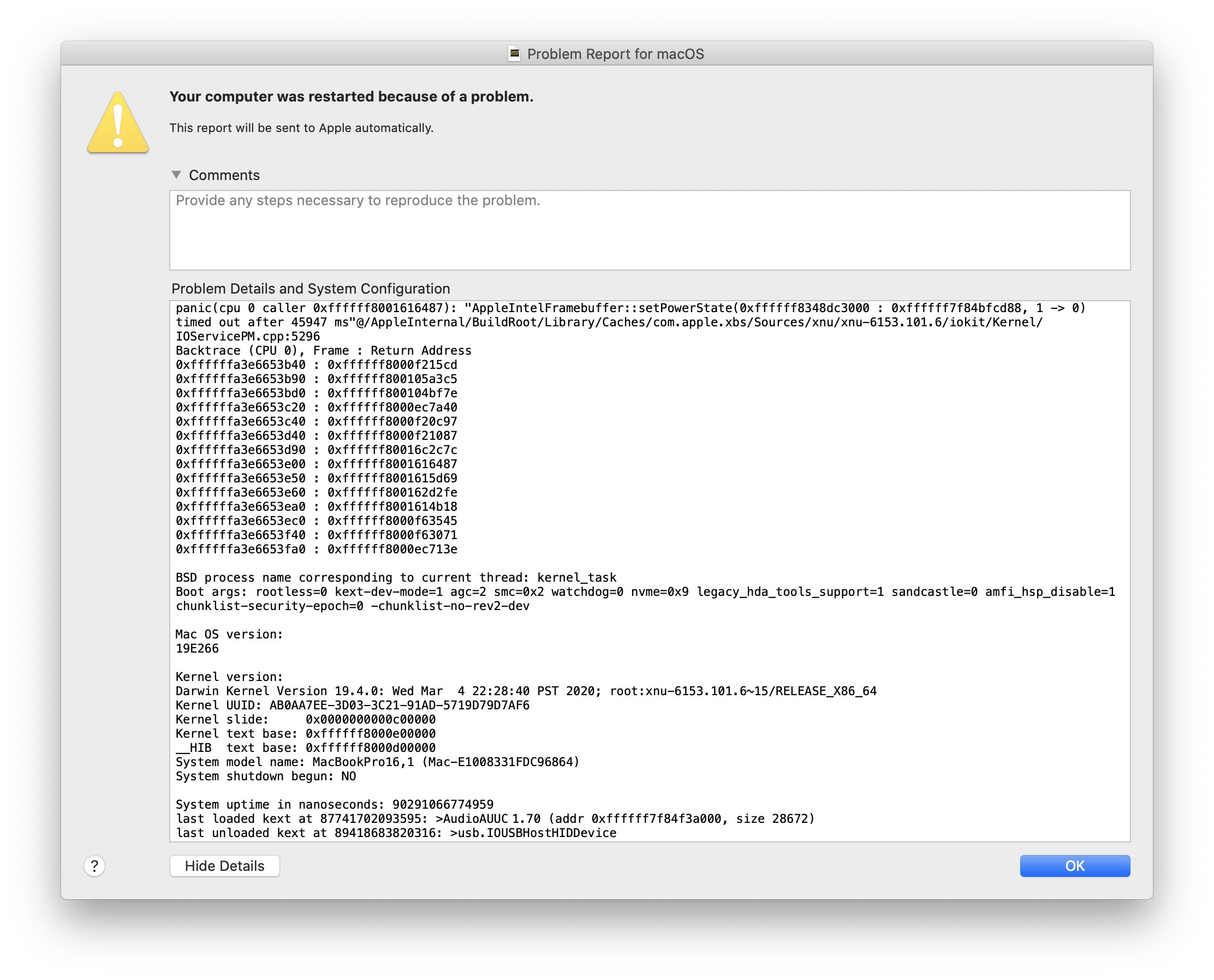 A week after Apple’s initial “macOS Core Dump” reply, and me sending a lot of questions their way, I got a really nice, human reply that explains the process via networking and a second Mac.

If you started here, read the backstory first: How to macOS Core Dump

I am sharing this for future reference:

Any Mac will work as a coredump server; you just need a gigabyte or so of free space per coredump. The kernel dump client can only be configured to transmit on a hard-wired Ethernet port, either built-in or over Thunderbolt. There is no support for transmitting core dumps across the AirPort interface, USB Ethernet, or across third-party Ethernet interfaces. This is an issue for early MacBook Air models which have no built-in Ethernet or Thunderbolt interfaces.

On the server (non-panicking) machine run:

To verify that the core dump server is active sudo launchctl list | grep kdump
This should return: - 0 com.apple.kdumpd

How to macOS Core Dump